Hey all, just want to share a great delivery addition to San Diego!

Back here in San Diego, however, this luxury isn’t quite as accessible. Sure you can drop by 99 Ranch and get some frozen gyoza for a quick fix, but true restaurant-quality dumplings are hard to find.

So, when Cali Dumpling Delivery reached out, we were excited to see what they had to offer. They were kind enough to send us 3 different samples. We chose our favorites, although they have many more selections to choose from. We chose the fish dumplings, pork pan-fried dumplings (aka potstickers), and the pork XLB (xiao long bao = soup dumplings).

Their website is well thought out, simple to navigate, and easy to order.

The dumplings are delivered to San Diego twice per week (once to North county, and once to South Bay). In our case, South Bay comes in on Wednesday.

Delivery was prompt and the dumplings were well frozen. I quickly threw them into the freezer until the next day.

I only eat meat on the weekends, so I decided to try out the fish dumplings first.

To cook the fish dumplings, you need to boil them. I followed their instructions from the package and these are the results I got.

They will float to the top after a while. After this happens, you cook for another 3-4 minutes and you’re done!

I used the dumpling sauce they sent and spiced it up further with some chili oil.

The sauce was a bit sweet, a touch tangy, and a little salty. Overall, I enjoyed the sauce, but it could be even better with a little more salt. I remedied this with a dash of soy sauce.

The fish filling inside was tasty and delicate. I enjoyed that it was lighter than a fried dumpling and we were off to a great start!

I busted out the XLB soup dumplings and the potstickers over the weekend. To make the most of my meat days!

You may have tried these at San Diego favorite, Dumpling Inn. I used to frequent them often. However, their dumplings over the years seemed to have degraded in quality, but their prices went the opposite direction. Furthermore, XLB must be cooked with precision, other wise it will pop prematurely and the “soup” will tragically leak out.

Let’s see if I could do any better with our Black and Decker rice cooker:

The frozen XLB were wrapped with great care. This important to keep the integrity of the dumpling intact.

I followed steaming instructions on the package and quickly learned that 10 minutes was a bit overkill for us. The XLB were starting to ooze their soup juices…. no!!

Thankfully, I only did a few to start. The second batch (pictured) did much better and I stuck closer to 8 mins.

As you can see at the optimal cook times, the soup stayed intact and were fabulous to bite into… just don’t burn yourself!

The flavors were rich and savory.

Our one critique however was the inside filling was a bit dense and coarse. I’m used to a more delicate texture, so maybe the specific kind of meat ground was the difference. The interesting thing is the potstickers had a better texture inside.

Other than that, these were great and we’d try them again.

The potstickers or pan-fried pork dumplings were my favorite. It’s usually a toss-up between these and XLB for me, and the potstickers checked all the boxes to satisfy my cravings.

The preparation was nice and easy. You go straight from the freezer into the pan with a little oil on the bottom.

After browning all sides, I poured some water into the pan and covered it for a few more minutes.

These came out piping hot and they were super delicious!!

The caramelized crust added a nice crunch which gave way to a bouncy outer wrapping. Inside was super juicy (almost like a soup dumpling!) and flavorful. The pork flavor was prominent, but not overpowering and the meat had a great texture.

Cali Dumpling Delivery is filling a much-needed market… namely our cravings for restaurant-quality dumplings at home.

At 50 to 60 cents per dumpling, I feel like the pricing is fair. Sure it’s not as cheap as a quick fix dumpling from your local Asian market, but I never shy away from paying for quality.

The dumpling sauce was good, but not amazing. So, next time we’ll likely make our own. However, if you don’t have the ingredients to do so, the convenience factor is still compelling.

Shipping is a flat $10 and it will come straight to your home or office. So, it makes sense to get a couple to a few bags to maximize your shipping costs.

Overall we were impressed with the quality of the dumplings and are eager to try out some others soon.

Let us know in the comments if you try any and let us know what you think.

*Please note that we were provided these sample dumplings for free.  No further compensation was received and our opinions remain our own. 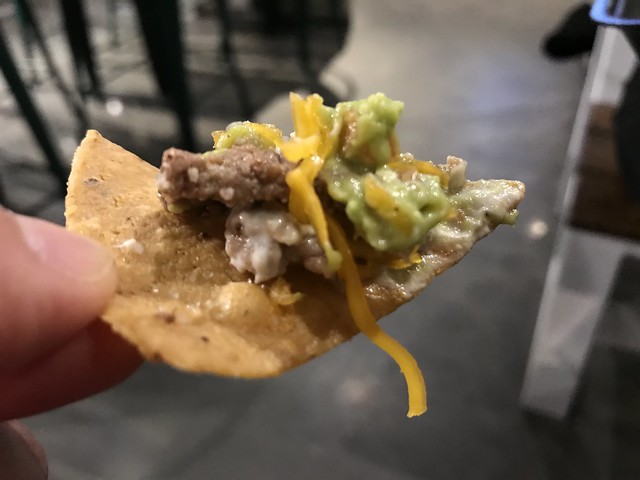 I couldn't be luckier to call San Diego my home the past couple decades. America's "Finest City" is bursting with delicious eats in nearly every corner. Whether you want savory or sweet, fancy or rustic, you can have it all! I have the awesome job of uncovering some of these gems, and sharing them with you. When I'm not chowing down, I also write about $$$ at www.financiallyalert.com. Thanks for stopping by!

View all posts by Michael →